Chinese Contemporary Art can be divided into 3 main phases—

Before 1979, China was sufficiently closed off to the rest of the world that artists in China had very little exposure to what has happened in the rest of the art world globally.

In 1979, though, there was a group of young, self-taught artists bursting on to the art scene in China. They were called Star Art Group. Initially they were denied an official exhibition in China Art Gallery so they put on a show on the railings outside. Their artworks, and the reason that they were not allowed to show their artworks, was suffused with banned Western styles. They deployed styles ranging from Post-impressionism all the way to Abstract Expressionism. This was a daring move! These styles had been banned outright by the government. 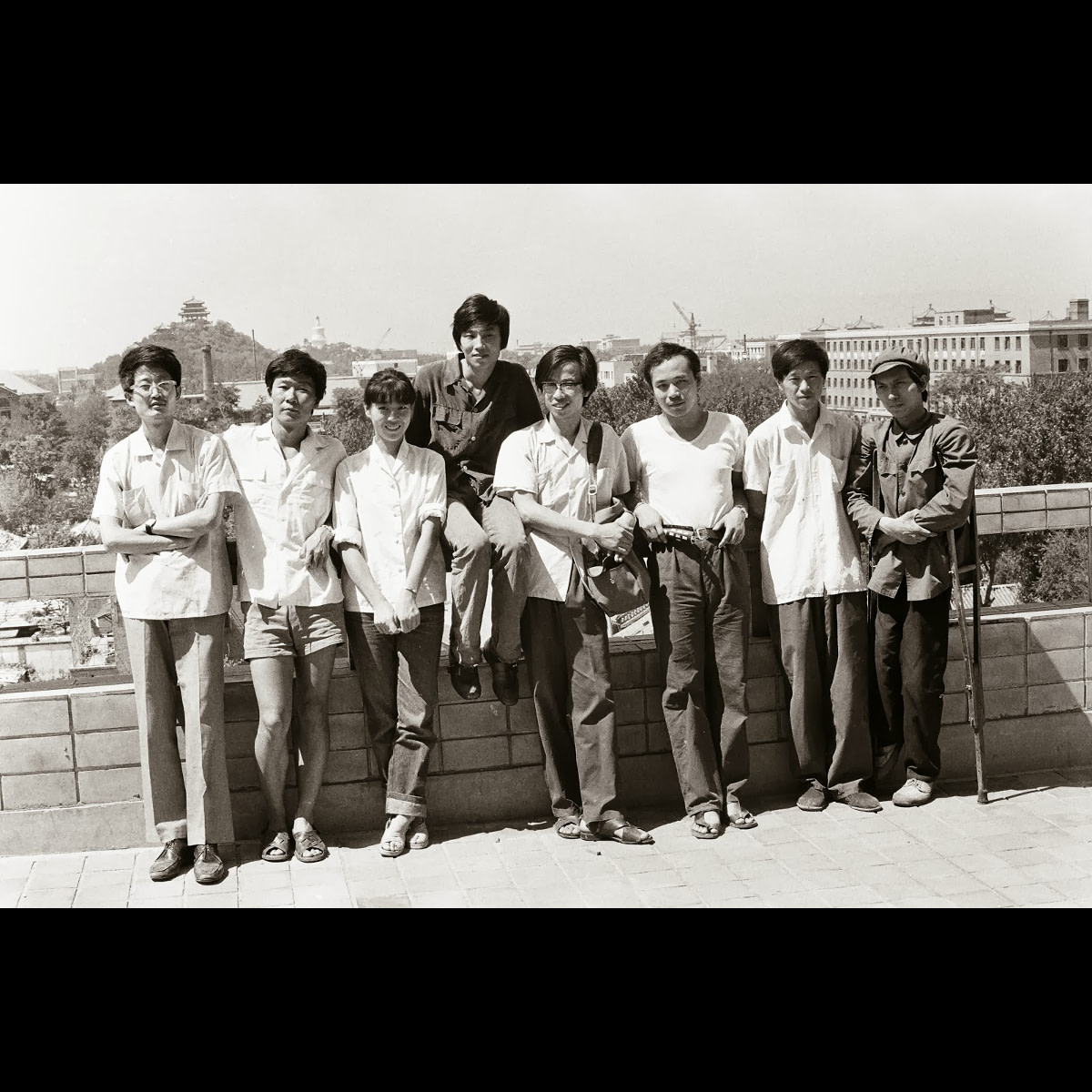 Later on in 1979, after this early rebellion on the railings outside, the brave artists were offered a real show in Beihai Park in Beijing.

The Stars Art Group was founded by many artists who are still very famous.

The exhibition featured over 150 works by approximately 20 as-then amateur artists. It was a seminal moment in Chinese art history and many consider it to be the birth of Chinese contemporary art.

After this time there was a palpable sense that the artists of the time were trying to break free from the homogenising ideas of the government. Ironically, the way artists sought to break free was by using similar means as deployed by the state. For example, the Communist Party would originally use movements and groups of people to enact change – exactly like we see in the Star Group.

It is important to bear in mind 2 major events in modern Chinese history when interpreting the story of contemporary art there. Firstly, the May 4 Movement in 1919 which led to an introduction of realism to the Chinese art tradition. On top of that was the Cold War which came into affect after the 2nd World War. This radical populist simplification of cultural life in China led to the Revolutionary Realism style as can be witnessed in the image below.

The themes made socialist achievements seem great. This artistic style and its simple principled underpinnings made it very easy to build an incredible propaganda machine based around these depictions. This simplicity and functionality ultimately continues to impact Chinese artists.

This all led up to the Star Exhibition, as described earlier. It also led to other important exhibitions, including the 12-Man Painting Exhibition in Shanghai and the New Spring Exhibition of Landscape and Scenery Oil Paintings. All three of these were critically important to the development of Chinese contemporary art.

This ends my first post introducing the amazing world of Chinese contemporary art. Come back for my next post soon!